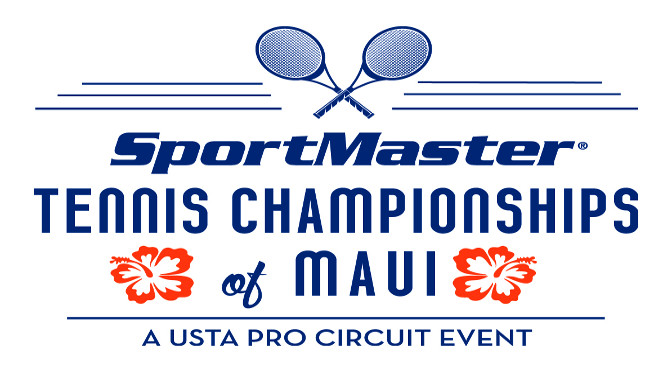 The SportMaster Tennis Championships of Maui is a USTA Pro Series Event, and the only professional tennis tournament in Hawaii. SportMaster is the title sponsor and official tennis court surface of the Challenger series tournament.

This is very popular and growing event, on the beautiful shores of Maui.  In 2016, the tournament will host both Men’s and Women’s matches, with $50,000 total prize money for each.

Players from over 20 different countries will be competing in the SportMaster TCOM, including last year’s winner, Jared Donaldson. Here are some bullet points that the tournament will host, as pointed out by the USTA Pacific Section:

The Royal Lahaina Resort will be hosting the SportMaster Tennis Championships of Maui at their Tennis Ranch.  This site boasts 11 tennis courts, just resurfaced with a green and blue SportMaster surfacing system.  The courts include a premium texture package for a medium pace, or playing speed. “We are proud to be the title sponsor and surface of this exciting tournament”,  said Jeff Gearheart, director SportMaster Sport Surfaces.  “All Court Hawaii does an exceptional job on installing the court surfaces at the Royal Lahaina Tennis Ranch, and it is a top-notch destination”

SportMaster Sport Surfaces is a manufacturer of athletic court repair & resurfacing products. We have a world-wide network of experienced installers.

Here is the "after" picture of the #indoorpickleba

New #tenniscourtsurfaces at Liberty University in

It's nice to see different color combos. Here's a